I pulled this post in from my other blog www.cupsrunningover.blogspot.com because it has had so many views over there. I figure it surely belongs over here too, eh?  I've also had several requests for more on modulating....stay tuned for future posts on the subject.

I remember the day that my piano teacher taught me a simple way to modulate- it was like a breakthrough for me, especially for hymn playing.  Ever since then,  it's a pet peeve of mine when pianists don't modulate during a prelude.  Even in some funerals I've been at here in Canada (the few ones I didn't have to play for), there were long awkward pauses between songs. It's almost like the musician has to wait enough time so that the new key of the next song doesn't "jar" the senses of the listeners.  I've tossed around ideas of why- maybe they don't know how? Maybe they just aren't used to it? Maybe they panic that they might end up in the wrong key?  Not sure, but here is the formula for modulating the easy way:
The basic formula concerning what chords to use is this:  II, V, I  or ( 2, 5, 1)
So if we are playing "A Shelter In The Time of Storm" in the key of F Major, and we want to go to "To God Be The Glory" in the key of A flat Major, we need to start with the II chord of the new key, which is B flat minor (because the II chord of any key is always minor). The B flat minor chord will take us to the V of our new key, which is E flat Major, which will take us to the root chord of our new key, A flat Major. So when you are preluding, as you near the end of your song and need to go to a new key for the next song, look ahead and simply notice the key it is written in. Then say the II chord in your head, and that's the one you need to go to. Now, if you are using a hymnbook that has sections of songs with keys that progress in order (F, Bb, Eb, Ab, etc.) all you need to do is add the seventh to your root chord at the end of the song, and you are in the next key automatically.
For the II, V, I method, you sometimes have to use inversions and simple runs to get you where you need to go. If you have a strong ear, you will probably be able to do it without thinking. If you tend to stick to the notes and have a hard time playing "off the page" then you will probably need to practice some progressions until you have it down. Then there are all sorts of creative ways to use the II, V, I, and you can spice it up with your own style.
This method is by far the most basic of modulating possibilities. There are so many NEAT ways to modulate- I love exploring and playing around with the different ways. Remember those "neutral" chords we talked about last week on the circle of fifths (the enharmonic keys)? Those are fascinating, because there are so many possibilities of inversions and you can practically go to anywhere, from anywhere using one or a few common tones. Maybe we'll have more on that another day! :)
For those of you who are church pianists like myself, do you modulate? (You'll still be my friend if you say no!) :)  If you don't, give this method a try and see how smooth it makes your preludes. People won't even know you are transitioning until they hear the new melody, and even then they probably won't realize they are listening to a different key. :)  Have fun! 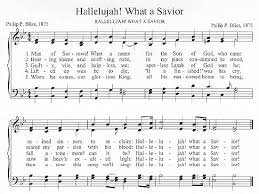 Hi Leah! Literally came across your blog a few minutes ago by way of another piano blog (gotta love this network!). Aside from teaching piano I also play at church! THANK YOU for the modulation formula! The only type of modulation I used to do was between say a 3rd and 4th stanza, and transposing up a whole key (i.e., F-G Major). Simple "next door" chord progression. Was too lazy to ever learn how to modulate between hymns, so THANK YOU for this! :)

B, thanks for your comment. :) I'm so glad the post helped you out. Knowing how to modulate will transform your preludes and postludes! It opens up a whole new world of creativity on the piano. I am developing a post on using the enharmonic keys/chords to modulate, so stay tuned for the future. It's still in my head at this point- it's hard to explain something like this with just words, and not being able to actually show someone. 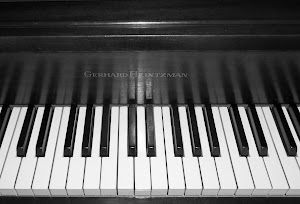 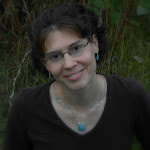 Pianist for 22 years.
Piano instructor for 10 years.
Married to a pianist.
Working on my ARCT in Piano Pedagogy from the Canadian Royal Conservatory of Music.

Gather Around My Piano